The Victoria and Albert Museum currently  has a Paul Strand retrospective on display. I decided to visit this exhibit not only because I am a great admirer of his portrait photography but also because they were showing the film that was shot by Strand in 1936 called Redes (The Wave).

The film was originally commissioned by the Mexican government as a part story, part social documentary and was linked of an initiative to rebuild the Mexican arts industry that had suffered a significant decline in the preceding years due to the revolution and civil war that ended in 1920.

The film was co-written by Paul Strand, with Fred Zinnemann and Emilio Gomez Muriel as the co-directors. Paul Strand was also the Director of Photography. Incidentally, although the movie was not considered a success at the time, it is now considered a classic Mexican movie and launched the career of Emilio Gomez.

Strand went to Mexico in the early 1930s after a bust up with his mentor, Alfred Stieglitz. He wanted to develop his own more socially engaging style of photography and ended up spending a number of years in Mexico both working as a teacher and doing photography.

What makes this movie interesting is that it was one of the first Mexican sound movies – something that the Mexican’s were keen to exploit because they could reproduce their vernacular Spanish and their music in a way that was not being done in the US. The aim was to create Mexican stories in a Mexican context without copying what was being done in Hollywood at the time. This fitted well with Strand’s desire to create more socially aware works of art.

The story is about a group of fishermen who are being exploited by middlemen fish sellers and politicians in the small coastal town of Alvarado, in the state of Veracruz and how they try to stand up to and fight this exploitation. With the exception of one of the actors, the entire cast were locals from the surrounding area where the film was shot.

At the Victoria and Albert museum there was a replica of the Akeley, silent, hand-cranking camera that Strand used to film Redes. It does make you appreciate how difficult film-making was in the 1930s. All the sound had to be added later and it does make you a bit more understanding of the sometimes stilted voices of the actors. I was not able to take any photos at the exhibition but did manage to find a photo of the same camera on the internet. 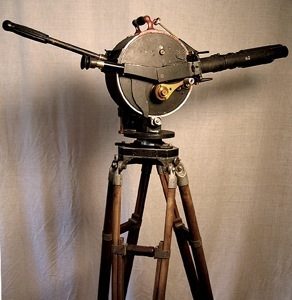 The film opens with the lead character, Miro, disappointedly  making a very small catch from the beach. This is followed by a series scene setting shots of the fishing village such as the fishing nets, the boats, the poor houses the fishermen live in and their worn and tattered clothing hanging on washing lines. These images are static, almost like photographs and are clearly driven by Strand’s cinematic vision. During filming, Strand and Zinnemann differed in their visual styles; Strand wanted static, well composed shots, whereas Zinnemann was after a lot of dynamic camera movement – the result is a movie that has merged both elements to great effect. 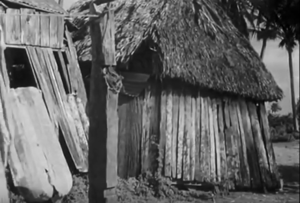 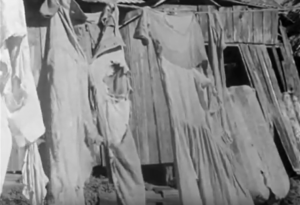 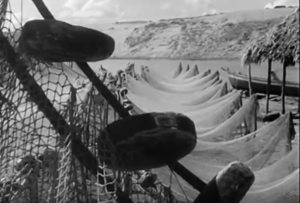 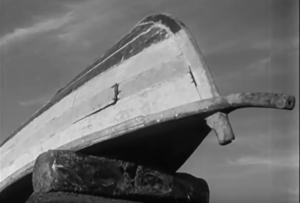 Miro’s son dies very early on in the movie and it is implied that he died because Miro did not have enough money to pay for a doctor even though he had clearly been searching for work and was being rejected by people who could easily have given him a job. Although the funeral procession shows a very traumatic scene, it is filmed mostly with long shots. I found this interesting because I would have expected close up shots of at least Miro, to show his emotion, but instead we get a distanced, understated perspective. Only at the end of this scene do we get a medium close up of Miro looking down on the grave and yet again, he shows very little emotion. I think this non-dramatic approach emphasizes the hardships these fishermen face and the tragic realities of the situation they face – bearing in mind that this movie is part social documentary. 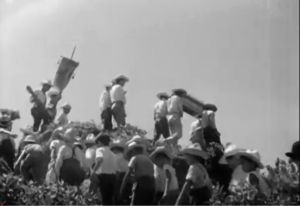 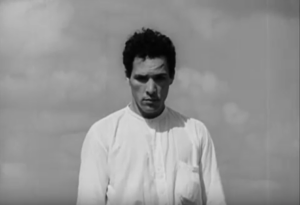 At one point during the movie, Miro and his fellow fishermen are paid very poorly for the catch. The leader tries to tell Miro that this is how it always is, that the ‘big fish’ will always win. Miro disagrees. As they walk out of the scene, the camera focusses on a big fish hook – it was unclear to me whether it was implying that the big fish (middlemen and politicians) would eventually be caught on this hook or if the fishermen were perpetually caught on this hook. 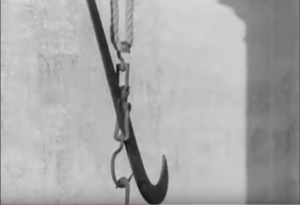 As a social documentary there is an interesting montage in the middle of the movie. The fishermen have got together to hold a meeting to decide what to do about the way they are being exploited. As Miro speaks, images of other workers (farmers, those working with cattle or making fabrics) are flashed on the screen, reminding me a bit of the clips that you occasionally see of Russian propaganda movies. These flashes to other workers are a nod to the political message of the movie and a show of solidarity with all workers who are struggling to make a living in an environment where they are being exploited. This message is carried further when you see a poor woman in the city who cannot afford to buy fish because by the time it gets to the city and everyone has charged their bit, the fish is unaffordable. 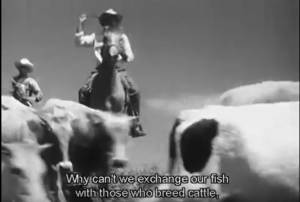 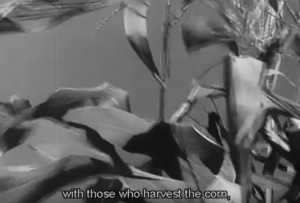 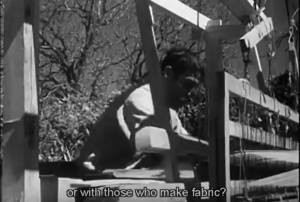 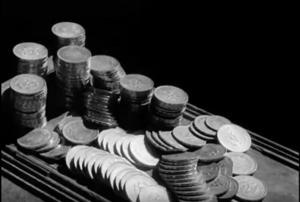 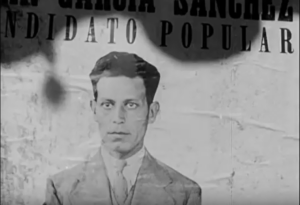 According to Charles Ramirez Berg, professor of film studies at the University of Texas (The Criterion Collection, 2016), Redes, can be claimed as the first neorealist film in that it depicted downtrodden characters that society neglects, it made use of local people instead of professional actors and aimed to address social injustices.

It was a worthwhile visit and made me appreciate just how difficult it was to make movies in the 1930s. One of the interesting facts that I learnt was that between shooting and the processed film being returned to Mexico took about five weeks. This must have made editing and continuity extremely difficult and gives me a better understanding of the challenges cinematographers faced.

Photo of the Akeley camera from http://www.samdodge.com/html/akeley_265/Camera.html