When I visited the EYE Film Institute of the Netherlands in Amsterdam, I bought a book called ‘Cinematography – Robby Muller’ that was compiled by Linda van Deursen and Marietta de Vries. It has turned out to be one of the most inspiring and informative books I have read to date. Rather bizarrely, the book contains very little text and as a consequence obliged me to look more critically and come to my own conclusions.

The book is essentially a series of stills from 14 of the films for which he was Director of Photography. The stills aim to show the viewer Muller’s treatment of light in filming. Each set of stills is accompanied by minimal commentary from either the Director of the film or some of Muller’s assistants and collaborators. I’ve included a snapshot below of one of the pages to provide an idea of the format. 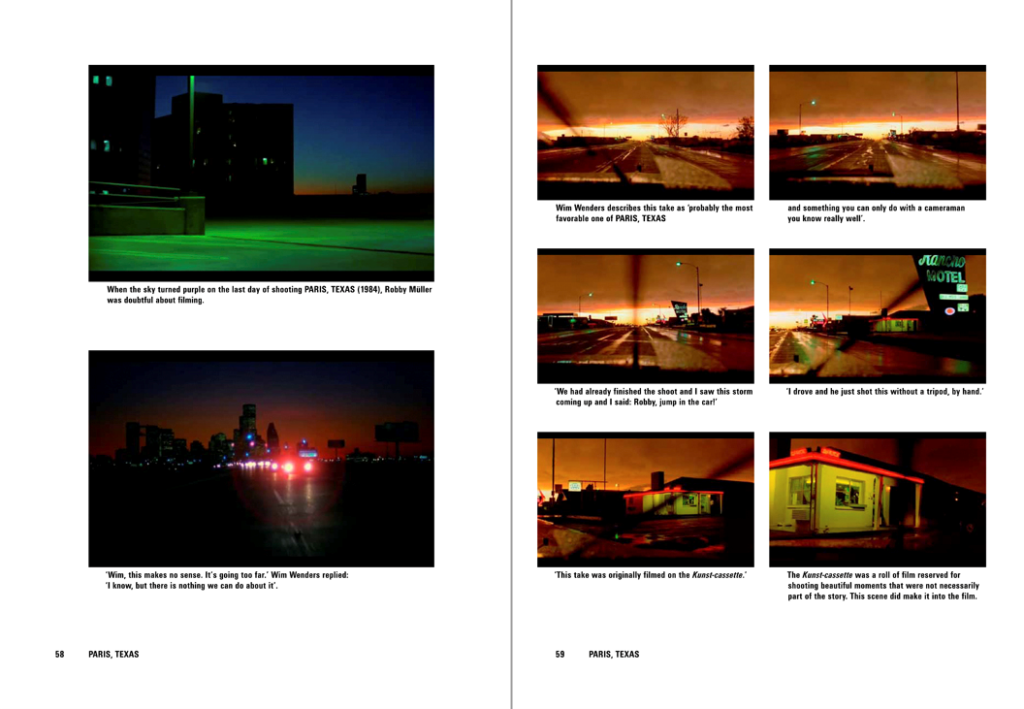 I had seen some of the films covered in the book, but others I was not familiar with and this lack of knowledge allowed me to look at the images without any bias towards what I was seeing. I learnt a number of things from looking at the stills this way:

This is without doubt one of the most fascinating books that I have ‘read’. It has forced me to look, to ask my own questions and draw my own conclusions. It triggered me to search out some the films that were featured but in other instances, I didn’t need to know the context because the learning could take place without the context.

I have covered only five examples of what I have learnt from this book but there are many more and I am sure that in time, when I revisit this book, as I know I will, there will be more to learn. Simply brilliant.